Black Future In The Making: Temi Coker Is Giving Black Future Makers All the Flowers With AT&T Dream In Black Series

After a historic (and incredibly turbulent) year that included everything from social unrest to the start of an ongoing pandemic, when it came to this year’s Black History Month, mobility and broadband giant AT&T decided to pay homage to Black leaders and those shaping the future with the launch of Black Future Makers.

Created to celebrate the dreams and the future made possible by more than 400 years of Black American history, the series has featured and highlighted current Black history makers, such as Dr. Hadiyah-Nicole Green, an honoree recently acknowledged for her revolutionary work in using laser technology to combat cancer cells.

Joining the growing ranks of innovators making history of their own is multidisciplinary artist Temi Coker, who recently used his creative talents to highlight fellow Black Future Makers through a carefully curated visual campaign. “When I was first approached by AT&T about the project, it was like a dream come true because last year I wanted to do something like this, but COVID pushed my plans back,” he says.

On a mission to continuously honor and uplift the Black community via illustration and photography, Coker worked to create the visuals for AT&T’s “Dream in Black” campaign video and produce portraits of all 28 Black Future Maker honorees. “I was tasked to be the design lead for this campaign and create key art, and I knew I wanted a Black woman as the cover. So I reached out to my wife (photographer Afritina Coker) and a friend to use an image from a shoot they’d recently done.

“Once this key art was done, I was then tasked with making different backgrounds for the ‘Dream in Black’ campaign video. The idea was to make several vibrant backgrounds to help promote each individual in a way that honored them, was life-giving and bold,” Cooker explains. 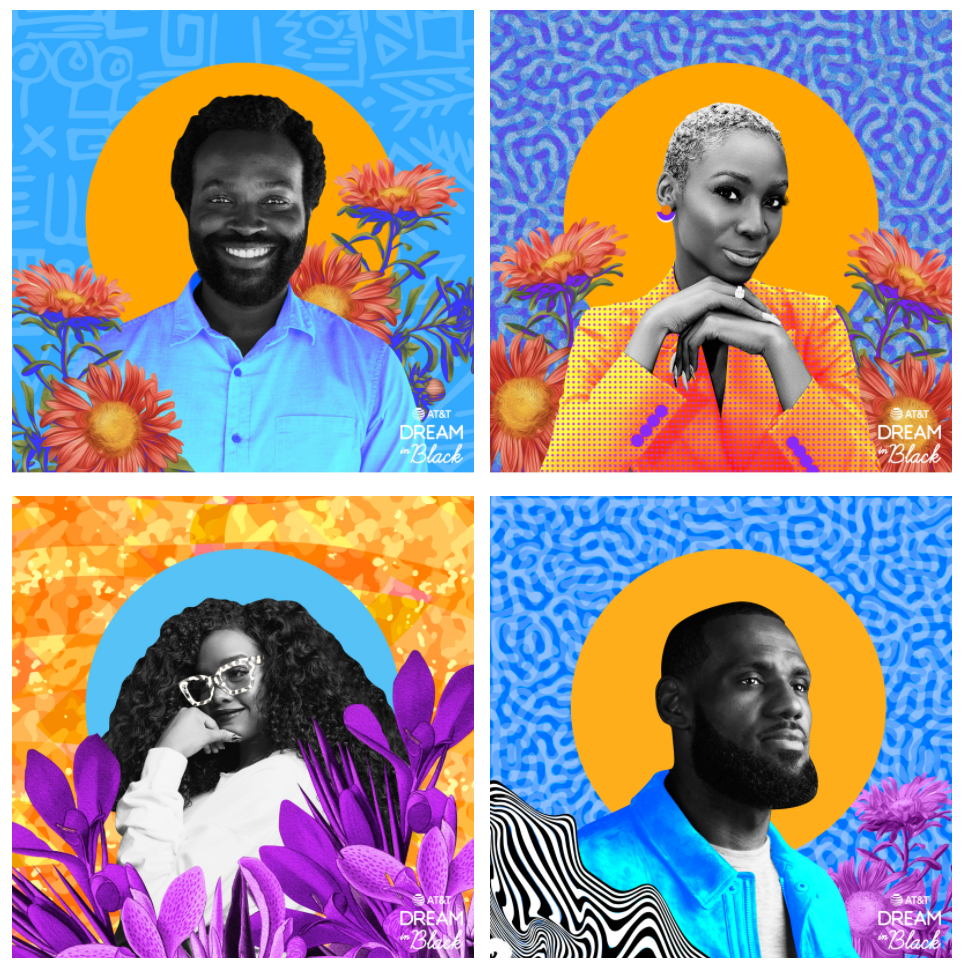 The result is nearly 30 custom portraits for this year’s Black Future Maker List, a prestigious group that includes everyone from Angelica Ross to Billy Porter. “This was probably my favorite part of the project because I got to make portraits of some of my favorite people in the world. This really gave me an opportunity to, in some way, show them how much I appreciate everything they’ve done for me and their community. It almost felt like I was able to give them something. In fact, the designs I made for them will be printed, signed by me and sent to them,” Coker says of the work.

In addition to highlighting Black creatives, AT&T is now calling on consumers to nominate Black innovators of their own. Also, thanks to Coker’s work, they unveiled an interactive campaign that allows others to “see themselves in high art” courtesy of an easy-to-use portrait generator developed in partnership with Coker.

As a #BlackFutureMaker, Coker is working hard to build a legacy of his own — a goal he says is about “creating something that will live longer than you.” He explains, “I create work that I want my future kids to look at and be proud of. I create work that will inspire future generations to know that it’s perfectly okay to create art for people that look like you. I want my art to inspire hope, to heal and to spark conversations.” 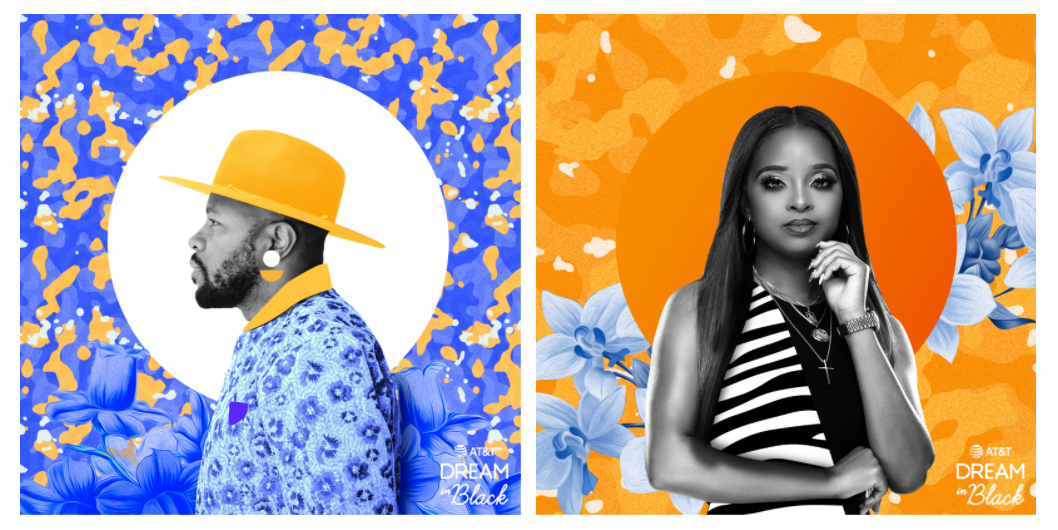 Well on his way to doing just that, Coker is building a legacy that says “Black is beautiful” — a feeling he wants others to share as well. “I want my future children to know that their voices, their art and their perspective matters. I hope to one day have a scholarship fund that will allow me to help college students that want to study within the arts.”

With a passion to inspire and motivate others, Coker has words especially for the Black community: “You are loved. Don’t let anyone tell you otherwise, even yourself. These are words I live by. Sometimes I have to remind myself that I was put on Earth for a reason and will continue to use my platform to speak for our people and denounce racism and injustice in our communities.”

This editorial is brought to you in partnership with AT&T Dream In Black.