Todd Rundgren is about to launch a geofenced virtual tour

The idea of a virtual concert tour might seem tailor-made for the pandemic, but musician Todd Rundgren said he’s actually been thinking about something like this for years.

Rundgren told me that he’d become frustrated with our “collapsing” air travel system — exacerbated by hurricanes and climate change — that increasingly left him “sitting somewhere, unable to get to my next gig.” So he was already convinced that he needed to “start imagining other ways” to reach audiences.

But it was in the context of COVID-19 that Rundgren finally decided to make it happen, with his Clearly Human Tour kicking off on February 14. He’d been planning for a traditional tour, but the dates kept getting pushed back due to the pandemic, until he finally told the organizers, “You have to let me do this. I can’t be committed to you and go two years without touring.”

Rundgren and his band will be performing entirely from Chicago, where they’ll play songs from across his career, as well as the entirety of his album “Nearly Human.” But the tour is taking place virtually across 25 U.S. cities, starting in Buffalo on February 14 and ending on March 22 in Seattle.

Rundgren said he found this more appealing than the idea of performing “one show and then blast it out to everybody.”

“People plan weeks or months in advance for this particular event, it attracts people from all over the metropolitan area or a particular region,” he said. “It’s a social event as much as anything else, and that’s what we are trying to do with the localization.”

That means performing live shows at 8 p.m., according to whatever the local time zone might be. Rundgren said the band will also try to “self-hypnotize” to get into the proper spirit: “We’ll dress all the walls with posters, sports team memorabilia … We’ll get food flown in from familiar local eateries.”

Other features include virtual meet and greets with local fans, as well as placing video screens around the concert venue to display virtual audience members. (There are a limited number of in-person tickets for sale as well, but obviously those attendees will need to be in Chicago.)

The concerts will be geofenced, although Rundgren said the approach has evolved — it’s less about limiting the Buffalo concert to Buffalo attendees, and more about enforcing geographic restrictions based on Rundgren’s contractual obligations. Or as he put it, “It’s less about enclosing an audience, and more about fencing them out.” 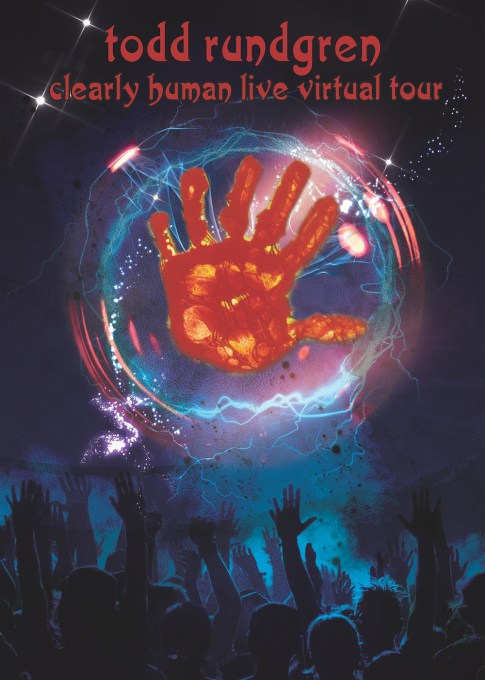 Rundgren is staging the tour with support from NoCap, the livestreaming concert startup founded by musicians Cisco Adler and Donavon Frankenreiter. NoCap has been around for less than a year, and Adler said that while it sold 700 tickets for its first show, it’s now selling “30, 40, 50 thousand tickets” per show. And he predicted that virtual concerts won’t be going away when the pandemic ends.

“There are all these underserved markets that you can visit once every five years, if that,” he said. “The future of this becomes a hybrid model.”

After all, he noted that televising sports has only made them “bigger and more global.” Similarly, when Adler was thinking about livestreaming concerts, he said, “I didn’t look at it as: How do we build a Band Aid and help everyone through this gap? It was more: How do we build a bridge to the other side of what music can be?”

Zynga acquires Echtra, maker of Torchlight 3, to double down on RPG games

Netflix to release 41 original Indian shows and movies this year